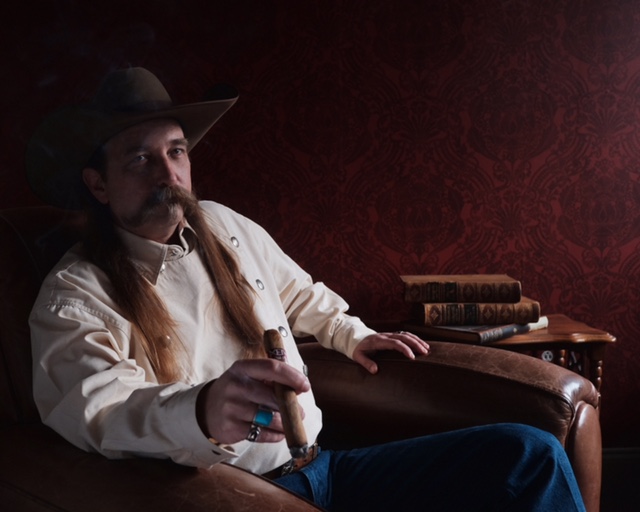 David Allen’s career in entertainment may be the product of a misspent youth. Somewhat unsupervised as teenager, he began doing character voices on radio and playing in bands at age 15. He landed his first full-time radio job at 18 while continuing to play live music. Radio is where David received numerous certifications as a broadcast marketing specialist and advertising expert, as well as, his Federal license as a Broadcast Engineer/Chief Operator.

As a musician, David has performed all over the United States and has played stages on tour in Europe, South Asia, The Middle East, and Africa. He’s entertained our military on board the U.S.S. Abraham Lincoln in the Persian Gulf and the U.S.S. Harry S. Truman in the Arabian Sea. In addition to playing music live onstage, David has been “in & out” of acting since 1992. His first feature film appearance was in the last Gambler movie installment starring Kenny Rogers and he’s been seen in numerous feature films as an actor, stunt man, and stunt/photo double. David was thrilled to appear in the Coen Brothers’ adaptation of True Grit starring Jeff Bridges. “I would have done the film for nothing just for the chance to meet Joel and Ethan Coen. In fact, I think I may have…?”

David’s agent landed him one modeling job… ONE. But if your kids have the most recent Harper Collins release of Little House On The Prairie, you’ll recognize him on the cover as Charles “Pa” Ingalls – which his daughter believes is his greatest accomplishment.

Since his marriage to Leslie Satcher more than seventeen years ago, David has negotiated and managed Leslie’s catalog of nearly 5,000 compositions in co-publishing agreements with Sony/ATV Tree and London’s powerhouse Notting Hill Music. He created the Old Bank Media Group and its Music Publishing and digital label divisions.

The duo have been active and instrumental on Capitol Hill in fighting for the intellectual property rights of creators and still maintain close personal friendships with lawmakers on both sides of the aisle. In addition to performing music live on stage, producing songwriter concerts around the world, acting as daily manager/handler for Leslie Satcher & The Electric Honey Badgers, and performing on set for feature films; David is a member of the Coors Cowboy Club, The Tennessee Squire Association and a legally licensed Fugitive Recovery Agent by the State Of Tennessee.