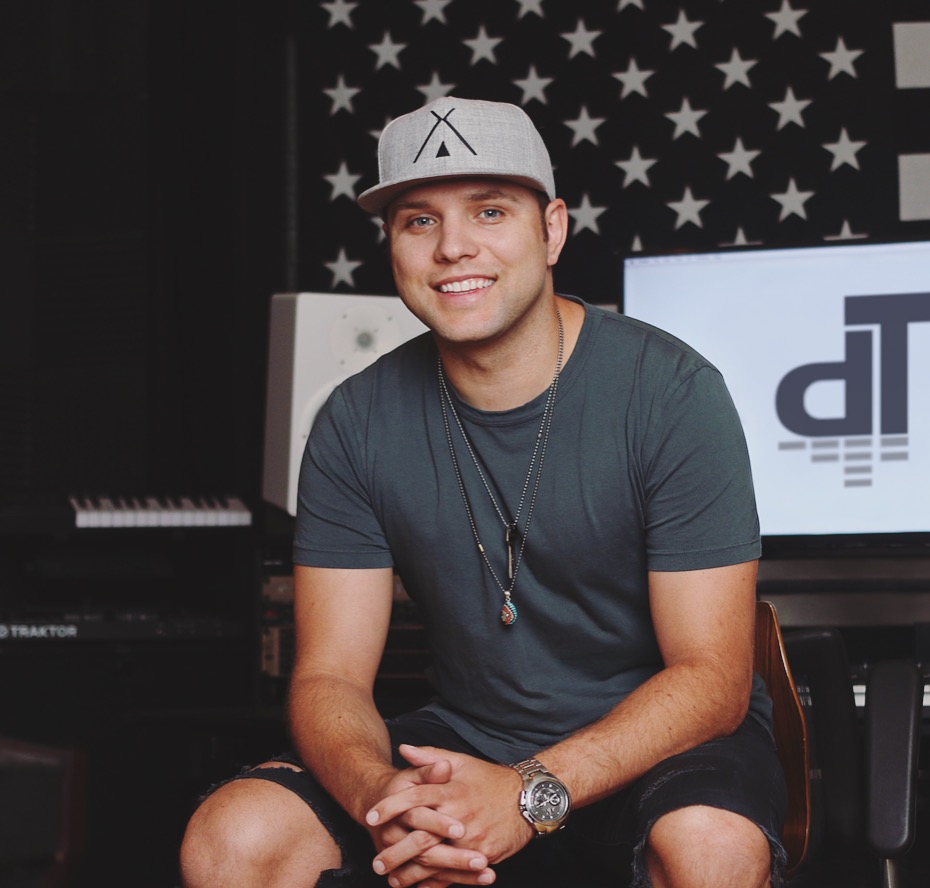 Born and raised in the high desert mountains of Prescott, AZ, Chris started learning how to play and write songs on a leased Fender acoustic at 13yrs old after hearing his buddies play Nirvana’s “Smells Like Teen Spirit” at the local talent show. Soon after he started his first band, D. I. R. K., a Pop/Punk outfit drawing inspiration from the likes of Blink-182 and The All American Rejects among others. During a year away from home playing football in college at Brown University, and spending late nights in his dorm room with that same Fender realizing you could pour your heart into a guitar and a song, a fire lit that not even his love for football could extinguish. He left the Ivys to start chasing that music dream. He moved back to Arizona to continue pop rocking with D. I. R. K. and attended The Conservatory of Recording Arts and Sciences where he earned a degree in Master Studio Recording, and reaffirmed that his life’s passion was in songwriting and producing. In 2008 he moved to Nashville, TN to pursue that passion and attend Belmont University. Not long after moving to Nashville, he found a home with Universal Music Publishing Nashville and their band project, Cardinal Crossing, managed by Rusty Harmon (Hootie & The Blowfish). The band cut several sides including songs co-penned by Nashville hit songwriters such as David Lee and Clay Mills. He then released a solo album, “Something I Believe”, in 2013, co-produced with Grammy Award winning David Hall.

Since living in Nashville, he has gotten the opportunity to tour coast to coast as both a solo act and as part of the Pop/Country duo The Void Nation. They found a home both in the pop country crazed college bars of the south, and the pop/rock/electronic leanings of his home state and Californian neighbors, and independently charted on iTunes Top 100 Country Albums in 2016 with their “Mountain Mixtape EP”. When not on the road or in the studio working on his own projects, he has had the opportunity to co-write songs for The Voice Top 4 Finalist Kristen Merlin – “Anyway”, national touring artist Greg Burroughs – “Want You In It”. Krista Angelucci – “Love Me Crazy”, Jess Dondero – “Overnight” and “Just Want Over”, Arizona pop/rock singer Kyle Campbell – “Wish I Could”, “All Right Now”, “Bars”, “Good Goodbye”, and has produced projects for The Void Nation, Kyle Campbell, Krista Angelucci, and Jess Dondero among others. He has also had the opportunity to write and collaborate with Nashville artists Savannah Keyes, Max Camp, Filmore, Cale Dodds, and Riley Green. In 2018 he signed his first publishing deal with Nashville hit songwriter and publisher Brett Jones and Beer Man Music. He is currently working on writing and producing numerous projects, and runs Beer Man Music’s studio, Digital Timbre.

Chris graduated from Belmont University in 2013 with a business degree. He is married to fellow Prescottonian Raquel Parker, an attorney, and they have a young son, Cruz, and daughter, Marielle.